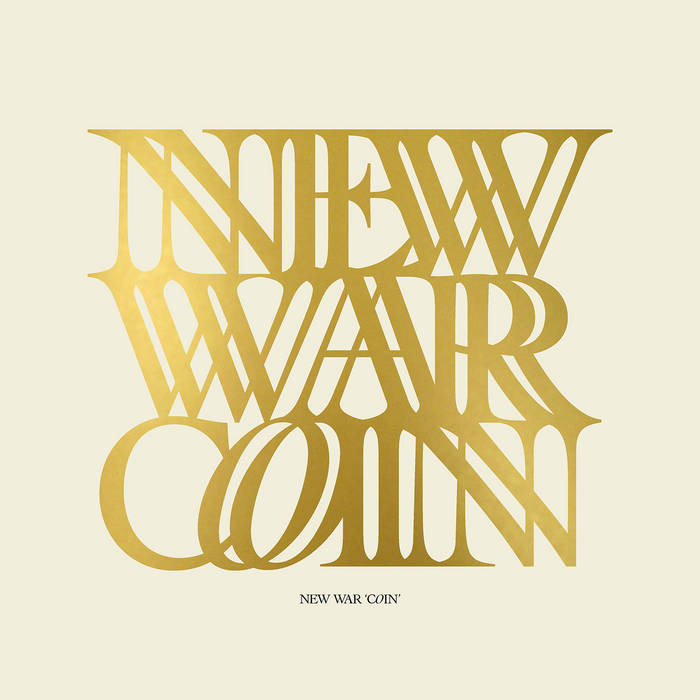 Brendan Long This album just gets better and better the more I listen to it. New War are more than just a collection of influences or pastiche. They breathe fire and life into their music. It snarls, it grooves. True guitar music for the 21st century, both before and after COVID-19. This is one heck of a vital Australian album. Just submit to the feel of it. This is one beautifully recorded guitar album, not to diss the role of synthesiser in the scheme of things in New War. Every instrument has its place. Favorite track: It's Real Wide.

You won’t hear many modern groups that match NEW WAR’s Kitchen Sink rage, Vorticist sneer & Delphian vision. Imagine an American gasping for life with three Australians pushing their instruments within an inch of theirs. All stood on the edge of a crag, finishing each other’s jokes as they start to slip.

Picture a fever blur of Rhythm & Detonation (R & D), open-
bordered punk, fevered and lurching dub, pop as sharp as
Northern 80/90s & as loose as Hansa-era Iggy. They’ve been
described by The Music as like ‘the Birthday Party in the 25th
century’ & by Tiny Mix Tapes as ‘Lynchian mysticism...
burning in This Heat’s tape machine’ but as Crawlspace wrote
‘comparisons only tell a partial story... NEW WAR have a
talent for cohesive transformation, for repurposing the past for
the now... They know what they want to do.’ So you won’t
hear some sort of wet genre pastiche, the blood in this group
is their own & it pumps ferociously.

Underground music out of Melbourne, Australia

Bandcamp Daily  your guide to the world of Bandcamp

Cannibal Corpse's George "Corpsegrinder" Fisher stops by for an interview